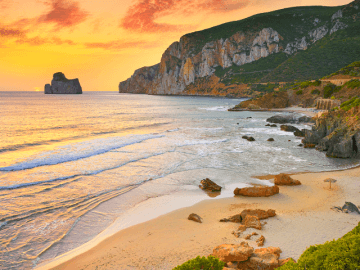 Discover the south-western province of Carbonia-Iglesias

Even though the south-western province of Carbonia-Iglesias is relatively unknown to tourists, it contains various unique aspects. Follow the traces to the old mines, explore the stunning rugged coast and enjoy culinary highlights such as the savoury tuna dishes on the southern isles.
Read more 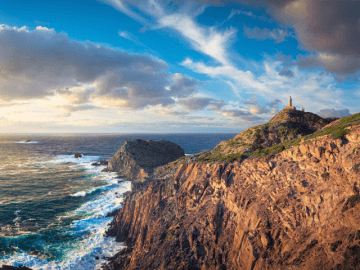 The isles of Carbonia-Iglesias

The isle of Sant’Antioco and the neighbouring Isola di San Pietro together form the southern isles of Sardinia. Sant’Antioco, connected to Sardinia by a 3-kilometre isthmus, is the biggest of the two, built upon the remains of the Punic Sulcis, dating back to the 8th century BC. Before entering the city you can still see the remnants of the old Roman bridge which connected the isle to its mother in the past.
Ferries depart daily from Calasetta to Carloforte on the isle of San Pietro. This cosy village is filled with terraces and restaurants, renowned for their tuna dishes. 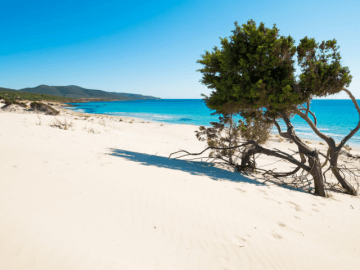 The idyllic south-western coasts… Follow the scenic route along the west coast to enjoy spectacular panoramas; drive along the now deserted mining structures and enjoy the unique coastline characterised by impressive cliffs and hidden bays. Beyond the villages of Nebida and Masua a calcareous isolated crag of 133 metres called “Pan di Zucchero” (sugar bread) forms the perfect background for lovely holiday pictures.
There are beautiful beaches on Sant’Antioco, such as Cala Sapone and Cala Lunga, the Spiaggia delle Saline near Calasetta and the broad beach of Porto Pina near Sant’Anna Arresi. Along the Costa del Sud you’ll find even more beaches, such as Capo Spartivento and Porto Zafferano. 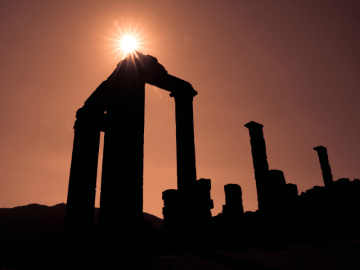 • Museo del Carbone, situated in the old mining structure of Serbariu
• Monte Sirai, an archaeological site with remnants of a fort dating back to the 7th century B.C.
• Iglesias
• Tempio di Antas, a temple and sanctuary dating back to the 6th century B.C.
• The scenic route in Nebida along the steep coast overlooking the Pan di Zucchero
• Tratalias, a 13th-century village along the Lago di Monte Pranu
• The “Tophet” of Sulcis in Sant’Antioco
• Is Praneddas and the Arco dei Baci 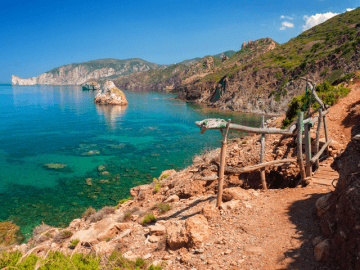 Hiking along various sights (note that some routes may be challenging and/or may take several hours); enjoying the scenic routes by car; mountain biking (suited for trained bikers because of the altitude differences); horse riding; diving; (kite) surfing in Gonnesa at Porto Paglia beach; boat excursions to explore the coast and the secluded bays.

Sardinia4all offers various types of accommodation for your holiday in the province of Carbonia-Iglesias; luxurious hotels, traditional agriturismi, intimate apartments and cosy B&Bs.

Pick your accommodations
Determine the number of nights
Plan a trip with or without rental car
Upgrade your tour by booking an excursion!
Uitgelicht
vanaf
€
Naar reis