Tortolì was the capital of the former province of Ogliastra and is still the seat of numerous administrations and offices. The town itself is not very spectacular and lies in the tourist shadow of Arbatax, which is just a few kilometers further east. Tortoli is a natural paradise. At the gates of the city is an enormous wetland area where many migratory birds spend the winter.
South of Tortolì there are beautiful beaches with a light blue sea, which are visited by many people in summer. A good example is the beach Spiaggia di Basaura, an extension of the Spiaggia di San Gemiliano near Arbatax. The beautiful golden yellow, long sandy beach is located right next to the runway of the former small airport of Tortolì. South of the runway starts the swimming paradise for two- and four-legged friends, Spiaggia Zaccurru, the official dog beach of Arbatax and Tortolì.
The absolute beach highlight of Tortolì is the shallow bay of Orrì, which is one of the most child-friendly beaches in this region of Sardinia. 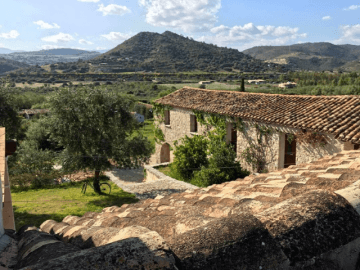